It’s well-known that Cheyenne is a pretty haunted place, and it’s where ghost hunters and thrill-seekers alike head for paranormal action in The Cowboy State. Maybe the state’s capital is a natural magnet for supernatural activity, or maybe it’s been the site of a number of tragic deaths over the years. Whatever the reason, Cheyenne just might be the most haunted city in Wyoming.

A well-known site is St. Mark’s Episcopal Church, a beautiful, albeit spooky, stone structure which was built in the late 1800s. According to lore, the bell tower of this historical building is haunted by a spirit. The architectural design for St. Mark’s was modeled after the church mentioned in Thomas Gray’s poem “An Elegy Written in a Country Churchyard” with that church having been constructed in 1080 A.D.

In 2020 Cowboy State Daily Editor Jimmy Orr did a pretty fantastic article dedicated to this venue citing his personal experience. You can read that article here.

The legend states a man and his friend, both Swedish stonemasons, were hired to build the church bell tower. They were illegal immigrants, but had reputations for not only skill but good work ethics, however both of them disappeared before they finished the job. Cheyenne locals weren’t happy with the incomplete job and the bell tower remained unfinished for years. It was the wild west and stone masons were few and far between, and to compound the situation it’s reported that soon after the disappearance of the two immigrants, the pastor of the church began hearing noises in the bell tower, which had been capped off. The noises reported sounded like whispers, knocks and muffled voices coming from inside. At that point he opted for another office and the tower was declared off-limits.

By the late 1920s, times were good in Cheyenne and a decision was made to finally finish the bell tower. While the plan for a steeple had been scrapped there would be plenty of bells and an additional 60-feet was added on to the structure.

During the construction, workers heard voices. Parishioners heard voices. There were lots of whispers. According to one report, someone heard  “there’s a body in the wall.” With construction finally resumed, it was hard to keep workers on the job because they would leave after hearing whispered voices, banging, and other strange noises. Even without social media, rumors persisted throughout the decades that the church was haunted and people continued to say they heard sounds in the wall.

But that was not the end of the story as sometime later – in 1966 according to some reports – an elderly man needed to male a “deathbed confession.” The man claimed to be one of the original Swedish workers on the St. Mark’s bell tower and said that his friend had suffered an accident on the job site. He reported his friend had not only slipped while working in the tower but was killed in the fall. Fearing deportation, the man entombed his friend and co-worker’s body in an unfinished piece of the wall, left the scene and never returned.

The immigrant’s spirit is said to still haunt the church along with the ghost of the pastor who had hired the man. Many people have heard unexplained whispering in the church as well as a pipe organ being played, even though the pipe organ was removed years ago. Also, it’s reported that the bells in the tower ring on their own from time to time.

Located three miles west of Cheyenne and established in 1867, Francis E. Warren Air Force Base was first established as Fort D.A. Russell. Named in honor of Civil War Brigadier General David A. Russell, it is the oldest continuously active military installation in the Air Force. Over the years it served the U.S. Army and Cavalry in protecting the frontier and served through the Spanish-American War, and both World Wars. In 1949, 80 years after its founding, the fort became Francis E. Warren Air Force Base. Today, the base is home to the 90th Space Wing and Headquarters and is one of four strategic missile bases in the United States. Though modern facilities make up the base today, many of the historic structures still remain. The historic buildings are reported to be where most of the paranormal activity occurs. Reports of old Cavalry soldiers seen in the buildings, lingering and walking the grounds and in dormitories are numerous. Another story tells of a spirit – apparently a male chauvinist – is said to harass female members of the security teams. The ghost of a nurse has also been reportedly seen in the buildings where women on the base used to live. Civilians are only allowed on base during periodic public tours or if “sponsored” by military personnel.

This photo of Cheyenne is courtesy of Tripadvisor

A three-story building on West 15th Street, known today as the Atlas Theatre, has seen a lot of action. Since its original construction in 1887 it has housed a confectionery shop, offices, a night club and a theatre. The structure sat idle for about three years in the 1960s and it’s theorized that may be when spirits moved into the vast, vacant space with so much history. Since the Atlas reopened in 1966 it has been used for live theatre productions ever since, even though at least two ghosts have made their presence known. Orbs are routinely reported floating around, things get moved about, the spirits play with the electricity while their voices have been heard on recordings. Paranormal investigators typically come away with evidence of spirit activity at the Atlas.

In the case of the historic Plains Hotel – a prominent feature in Cheyenne that remains in use today – this grand hotel property hosted its opening in March of 1911. Now, more than 110 years later, legend has it that at least four ghosts haunt the halls of the Plains Hotel. As is often the case, traumatic deaths are believed to be what keeps these ghosts trapped between our world and the hereafter. It’s said that a double-murder-suicide is responsible for three of the spirits. Apparently the new bride, Rosie, secretly followed her groom down from their room to the bar where he had picked up another woman.

When the duo left the bar for the other woman’s room, Rosie trailed behind. After her husband entered the room with the other woman Rosie is said to have burst in and shot them both, afterwards returning to the bridal suite where she turned the gun on herself, committing suicide. Less is known about the fourth ghost of the Plains Hotel, other than that she was thrown from a fourth floor window by either a husband or lover, depending on the teller of the tale. Guests often experience feelings of dread in certain areas of the hotel, while many others report feeling as if they’re being watched. Hotel employees have admitted they hear unexplained crying, and sometimes laughter, coming from the room where the bride shot herself.

Whether you call Cheyenne home, or you’re visiting for the first time, the Cheyenne Trolley Tours offer a great introduction to Cheyenne and the Wild West. The Cheyenne Street Railway Trolley Wild West tours show you the city’s most interesting sites and historic buildings, with lively narration. During the month of October, you can join in the haunted history of Wyoming’s capital city on the ghost trolley – one spooky way to get all the haunting you can handle at once!

Back in the 1800s, trolleys were the original method for people to travel around the city. Today, trolleys provide historical tours of Cheyenne. 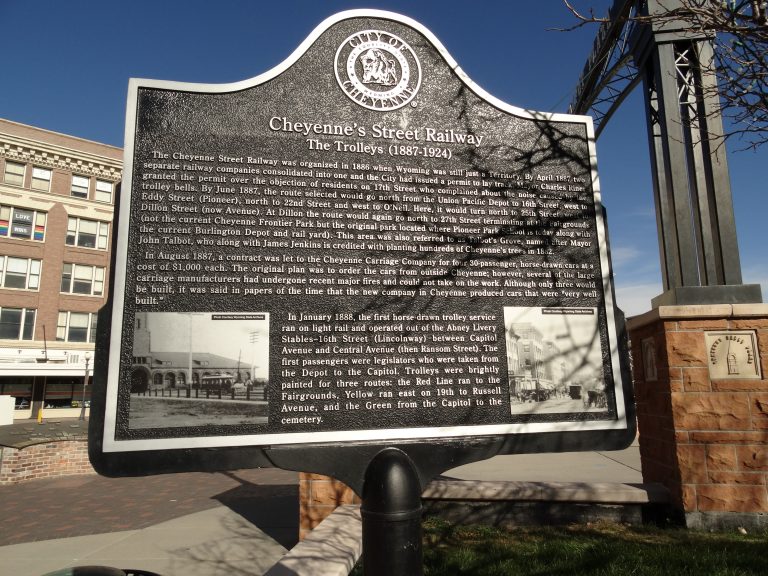 Annually, as Halloween approaches and the veil between this world and the next grows thin, Cheyenne’s historic trolley hosts “Fright-Seeing” tours through the city, making sure to swing by all the supernatural spots and paranormal places, and recounting every spine-chilling detail of spectral sightings and eerie events. Paranormal investigators often go along for the ride. Many professional investigators work closely with the trolley team providing facts and insight to increase the fright factor. You can count on a frightful ride like this to be a sure-bet for getting into the spirit of Halloween. The tour kicks off at the Cheyenne Depot. It’s a good place to start, considering it’s one of Cheyenne’s haunted places. For a brush with the underworld in Cheyenne, ranging from gruesome murders to unexplainable phenomena, the 70-minute tour will leave you wondering what is imagined – and what is truly real.

What are Nerve Conduction Studies and Electromyography, and how can they help
Valentine’s Day is on February 14th. Spectra Venue Management at Hogadon Basin
The beautiful landscape along historic Highway 14 provides what many in The
Meet Trenton, a 2-year-old beagle who was recently retired from flea and
Forget about becoming one of the 1%.  The real measure of success
0 $0.00
Go to Top